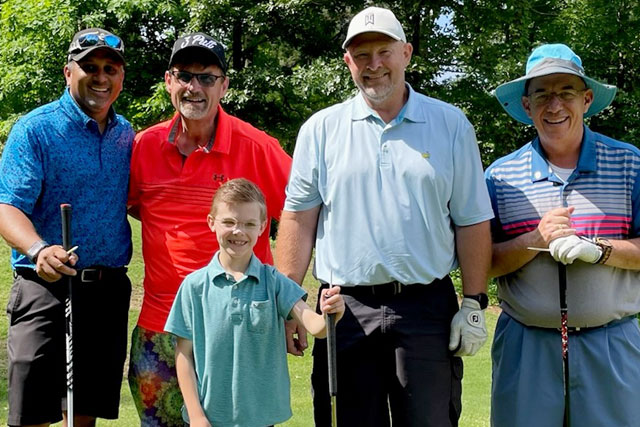 The Sawnee-Cumming Optimist Club contributed $15,000 to Children's Healthcare of Atlanta Forsyth County. The donation was derived from the club's 2022 charity golf tournament held recently at Chestatee Golf Club. Proceeds from the tournament also benefit the club's community programs for children. The check was presented to Laurie Cole, community development officer at Children's Healthcare.

Cole said, "All of our dreams came true this year! The 10th Annual Sawnee-Cumming Optimist Club Golf Tournament was the biggest and best one yet! The club members out did themselves to ensure this anniversary of the tournament was extra special. We appreciate all the golfers and sponsors who came out to play. It is so exciting to know that our Aflac patients will benefit directly from this incredible community event. Children’s is so appreciative of the generosity of the Sawnee-Cumming Optimist Club over the past 10 years. It’s more than a partnership now...it’s a friendship."

Children's Healthcare of Atlanta Forsyth County is so appreciative of the generosity of the Sawnee-Cumming Optimist Club over the past 10 years. It’s more than a partnership now...it’s a friendship!

Brenda Basey, golf tournament committee chairperson, said, "We are honored to partner with such a great organization as Children's Healthcare that is so important to our community. For the past few years, we have had a Children’s Healthcare child ambassador at the tournament. This year it was eight-year-old Asher Rock. At four months old, Asher was diagnosed with retinoblastoma in his right eye. After several surgeries, he now has vision in only one eye. He was such an inspiration for our event and our golfers."

"I was delighted to get to combine two of my favorite things in life, golf and helping children, during the Sawnee-Cumming Optimist Club golf tournament,” Mayor Brumbalow said. “Being able to present a special PGA Championship golf ball to Asher was a great joy and I was so honored to be able to do this for him." 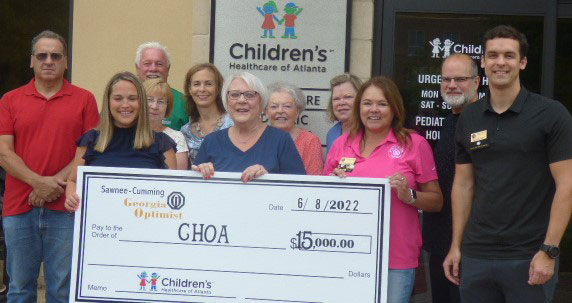